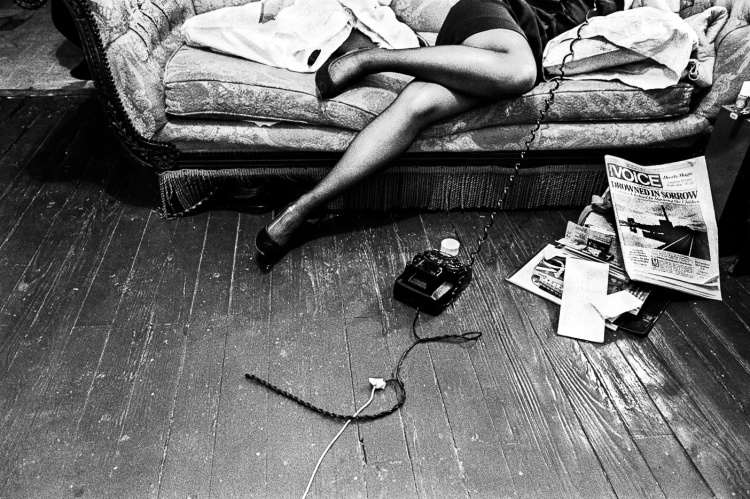 I just wrote a piece for the site Tilted Arc. It starts: “This is Audrey. She lived on my couch for about six weeks after her parents threw her out. She worked as a model for the then teenage fashion impresario, Andre Walker, a fixture in the downtown club scene. She was dating another friend, also named Andre. I asked the second Andre if he could watch my place while I was away for a few days…” read more

Ken Schles is the author of Invisible City (1988; reprint 2015 and 2016), The Geometry of Innocence (2001), A New History of Photography: The World Outside and the Pictures In Our Heads (2007), Oculus (2011) and Night Walk (2015 and 2016). His work has been nominated for the Deutsche Börse Prize, exhibited by The Museum of Modern Art, noted by the New York Times Book Review, cited in histories of the medium (Parr/Badger, Auer & Auer, 10x10 American Photobooks) and issued by some of the foremost publishers of our time (Steidl, Hatje Cantz, Twelvetrees Press). They're considered “intellectual milestones in photography” (Süddeutsche Zeitung), “hellishly brilliant” (The New Yorker). Ken Schles’ work is included in private and public collections such as The Museum of Modern Art, The Rijksmuseum, The Metropolitan Museum of Art, Museo d"Arte Contemporanea (MACRO) Testaccio Museum, and more than 100 other museum and library collections world-wide.   Ken Schles is a NYFA Fellow. http://www.kenschles.com
View all posts by kenschles »
« A Night Walk
Staving Off Infinite Regress By Way of Interpreting Agee. By Ken Schles »